Torah Live's latest release, Honoring Parents, was dedicated in memory of Bertie and Hannah Goldberg z"l by the Goldberg family.

Bertie and Hannah Goldberg were an exemplary couple. They were the ultimate example of Torah im derech eretz (Jewish values) and kibbud av vaem (honoring parents). 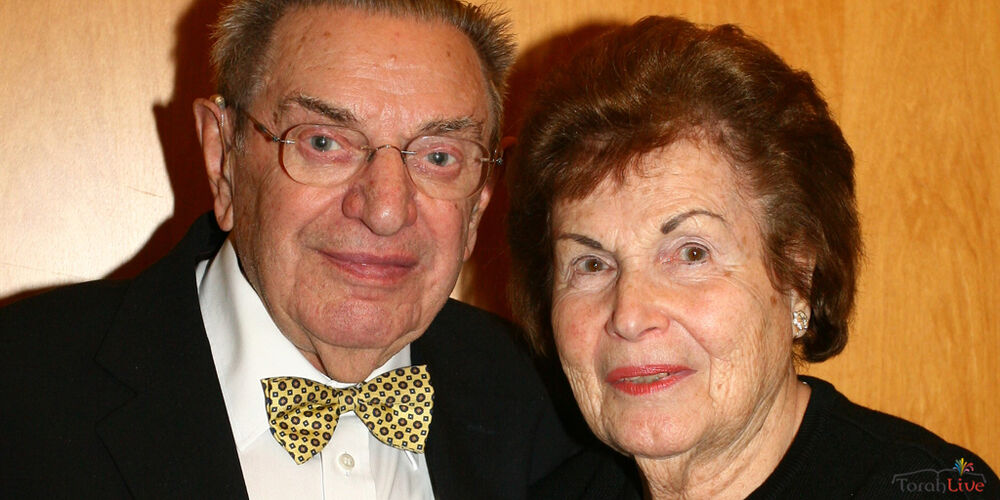 Bertie Goldberg fled Czechoslovakia at the age of 19 and never saw his parents again, as they perished in the Holocaust. However, he spent his whole life striving to fulfill his father’s parting words to him that he should “bleib a Yid” (remain Jewish). He was known for his honesty and integrity in business, his modesty, his constant smile, and above all his tremendous bitachon (faith) in Hashem.

Hannah Goldberg lost her father at the age of 16. She was a loving and loyal daughter to her mother - especially when, in her later years,  her mother was ill and lived with her. Hannah meticulously looked after her every need. Even though at times caring for her was challenging, Hannah never once got irritated with her or treated her with anything but the utmost respect and love. Hannah was also a wonderful mother to her own five children and she ran a home built on chesed and hachnosas orchim (warm hospitality).

Together, they were a fantastic example for their children, grandchildren and great-grandchildren.