There is a Yiddish expression which has made it into the spoken English language. The expression is a simple one, with just two letters. I'm referring to the expression, "nu". Most English dictionaries classify it as an "interjection", and define it as meaning, "Well? So? So, what?" I grew up thinking that the word "nu" meant, "Hurry up and do it now." I can still hear my mother's voice urging me on with the word "nu" when she wanted me to stop procrastinating at some domestic chore. Of course, she didn't use the term "procrastinating", but rather coupled "nu" with one of her other favorite expressions, this one not of Yiddish origin. She would say, "Nu? Stop dilly-dallying!"

To recall someone besides my mother who used the word "nu" as often she did, I will have to fast forward about twenty years to the time that I began teaching at a yeshiva high school. The school had a teachers' lounge, where I initially went to escape the raucous atmosphere of my classroom full of adolescent boys. I very soon discovered that the teachers' lounge was no less raucous. Quite the contrary, it was the scene of constant debate between those teachers who were more conservative in their pedagogical approach and those who insisted that contemporary students required innovative educational methodologies.

I first assumed that the debate was an intergenerational one, with the older teachers advocating traditional teaching methods and the younger ones insisting upon educational reform. I soon discovered that this was not true at all. There were some teachers who were as inexperienced as I, but they adhered to "tried and true" pedagogical techniques. On the other hand, there were some in the older group, many of whom grew up in pre-Holocaust Europe, who vehemently called for radical change. The leader, and certainly the most vocal, of the latter group was a gentleman whom I will refer to as "Reb Zalman". Although his preferred language was Yiddish, he integrated English phrases into his remarks out of deference to the younger set of which I was a part. He labeled us, perhaps dismissively, as "the young Americans", or in his characteristic blend of languages, "der yunger Yankees".

He would begin his impassioned plea for innovation in education by banging on the table and loudly proclaiming, "Nu! Nu! Nu!" When he felt he had received the attention of a sufficient percentage of his audience, he continued: "Nu, my friends, it is not time for something new?" This behavior, in which he indulged daily without fail, earned him the title, "Mr. Nu New." Whereas some in our group simply ignored him, I and my equally naïve peers took him very seriously. We heard the following admonition in his "Nu? New!' Interjection: "Nu? Well? So? When are we going to realize that we must bring something new into our classrooms? Our students do not respond to our old teaching methods. If we do not capture their interest innovatively, we will lose them entirely!" 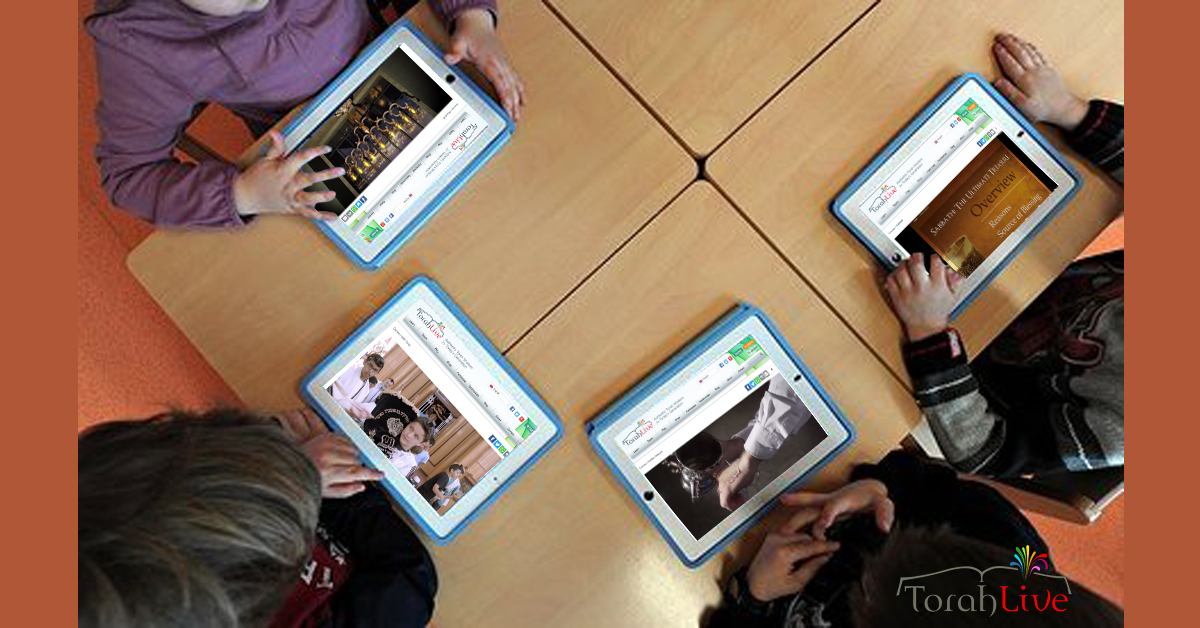 Today, many decades later, Reb Zalman's voice continues to resonate with me. I still hear my mother's "Nu?" prompting me to stop procrastinating. And Reb Zalman's call for creativity and renewal guides me in my own Torah study and in my writing and teaching. The admonition against old habits and stale routines dates back to long before Reb Zalman, may he rest in peace. It is stated very forcefully in this week's Torah portion, Va'etchanan (D'varim 3:23-7:11). It is contained in a passage that we read this coming Shabbat, but that we also read just a few days ago on Tisha B'Av. It reads: "When you have begotten children and children's children and are long established in the land, and you will act wickedly, causing the Lord your God displeasure and vexation… I call heaven and earth this day to witness against you… You shall not long endure in it… The Lord will scatter you among the peoples... (4:25-27)."

Note the phrase, "long established in the land". In the original Hebrew, the word is V'NOSHANTEM, which, if translated literally, would mean, "and you have become old in the land". Or, perhaps, "and you have become accustomed to the land". Or better still, "and you have become habituated to the land". Whatever wording we choose, however, the meaning is clear. The Almighty is warning us to make sure that our "children and children's children" do not become so familiar with the blessings of the Holy Land that they take these blessings for granted. It is an admonition that we must be careful to ensure that our future generations always experience the Almighty's gift of a "land flowing with milk and honey" as something fresh and new and exciting. They are not to lose this sense of "newness", but rather feel ever grateful to have entered the Land and to flourish therein. That sense of "newness" will ensure that these future generations will continue to adhere to the Almighty's Torah and not "act wickedly and cause the Lord's displeasure and vexation". 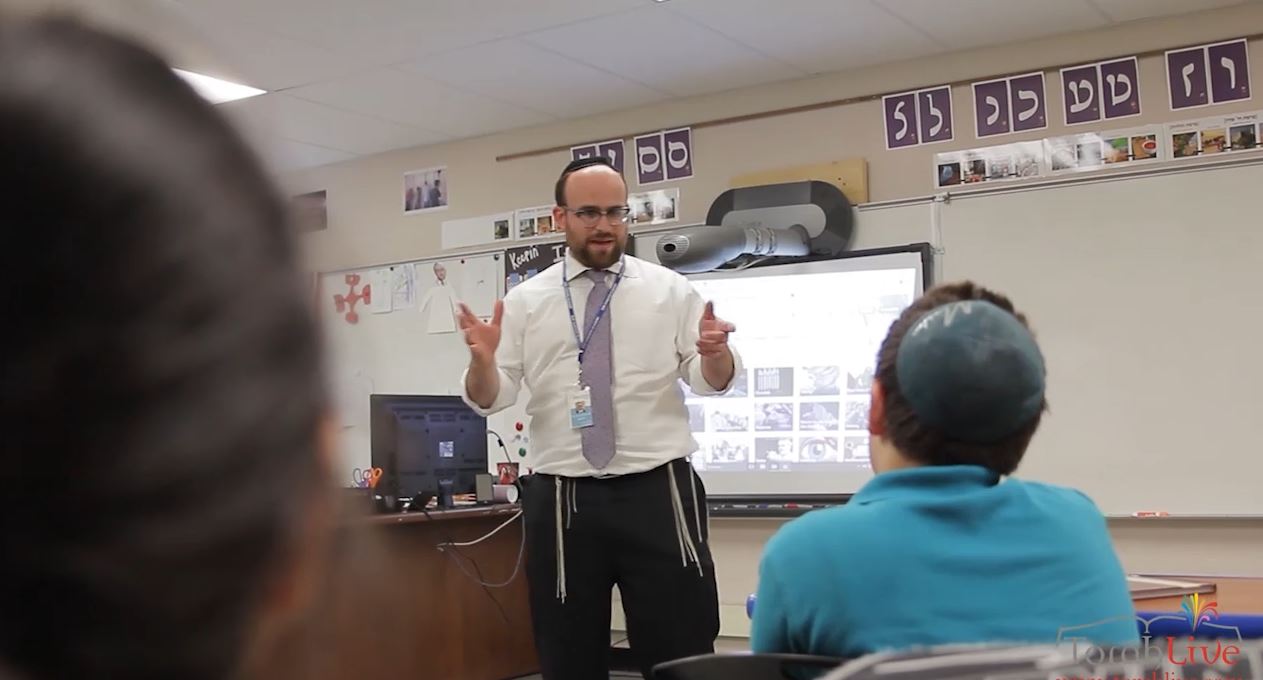 This verse in the Torah expresses so well the lesson that Reb Zalman so desperately tried to convey to his colleagues in the teachers' lounge. We must do everything we can to assure that our children and children's children will experience not just the Land of Israel, but all of God's gifts-including the Torah itself - as something new and fresh and exciting. Reb Zalman's message finds support elsewhere in our parsha as well. In a phrase that should be familiar to us all from the daily recitations of kri'at sh'ma, we read: "Take to heart these instructions with which I charge to you this day. Impress them upon your children (6:6-7)." Rashi does not let the phrase "this day" pass him by. He comments, "Do not treat these words like an antiquated document in which no one is interested. These words should be new and interesting to everyone."

It has been decades since those days in the teachers' lounge. Reb Zalman is long gone. He implemented teaching techniques which were new back then and which encouraged enthusiasm in his students. He used full-color maps whenever they helped students understand certain biblical passages. He had a phonograph record player in his classroom and used music and song as teaching modalities. But the resources at his command were few and far between in those days.

Nowadays, teachers and students alike have a panoply of resources available to help them experience newness in their studies. These resources include a wide variety of translations, access to illustrations and videos online, and the availability of all sorts of databases and stimulating electronic materials. Nevertheless, it is hard to motivate students, whatever their age. Anyone who would be a teacher these days, in whatever context, is well advised to do everything possible to introduce a spirit of innovation into the teaching process. True, Kohelet asserts that there is "nothing new under the sun". But, as the Rabbis insist, there are things that are new "above the sun". The study of Torah is, in a spiritual sense, "above the sun". We must be careful that the Torah not be seen as some obsolete document. We must do all we can to find and to convey the beauty and depth and relevance of Torah. And we must be ever vigilant to find new ways to do so. We would do well to remember Reb Zalman plea: "Nu? New!"

Reprinted with permission from Torah Tidbits, with thanks to Dr. Bobby (Tzvi) Karl for bringing it to our attention.