Well, weather has wreaked havoc with our film schedule. We haven’t had snow or heavy winds or record low temperatures. We’ve had rain…blessed rain. But unless you’re shooting a rain scene, the weather doesn’t fit well. Over the past week, Torah Live’s newest project, “The Lost Light,” has had to change several days of scheduled shooting, move park bench scenes into cafes and disguise the rain. 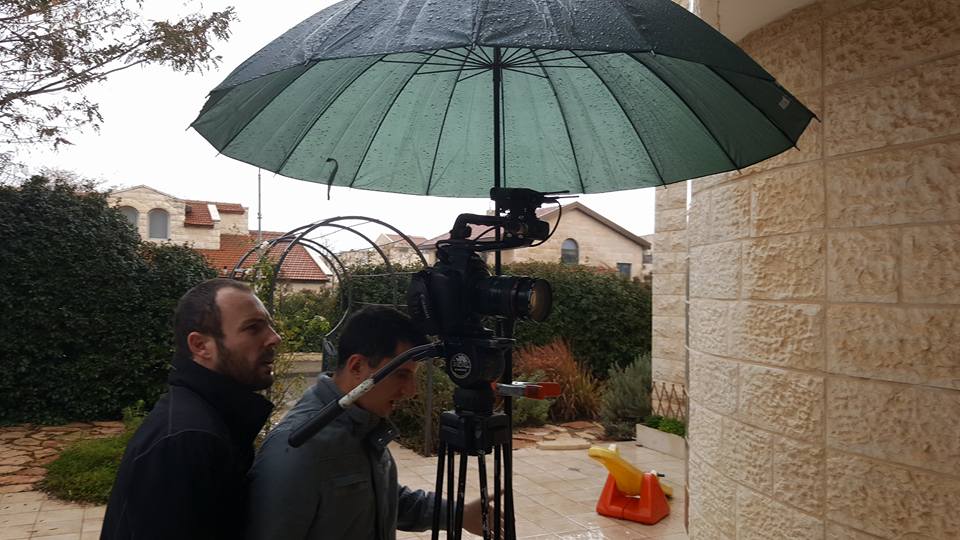 Just as Torah Live’s Rabbi Dan Roth filmed outside a home of one of our film characters, the skies opened their faucets. We held umbrellas over him. We shielded the camera. We set up sheets all around him, so that Rabbi Roth could stand outside seemingly in the sunshine. It worked until the rain really made its presence known. In the end, we gave the Rabbi an umbrella and it became a useful prop.

Filming for the rest of the week has been pulled inside or put off. All our actors have been good sports, as we change and change again. In the meantime, let it rain. We’ll deal with it.