Our latest film, The Ezra and Lauren Kest Emunah & Tefillah Project, follows bar mitzvah boy Josh in his quest to understand the basic foundations of Judaism and the power of prayer. As production manager, I was privy to all the hard work that went into creating each scene and making it perfect.

For instance, in one scene, Josh wants very badly to win a set of chumashim. He's even toying with the idea of cheating in order to win.

When he doesn't (B"H!), he's outside enjoying his prize when a leaf falls on top of the chumashim, to show him that he did well.

The only problem was that we could not get the leaf to fall on the chumashim. Could not! Tried 100 times. Finally our director Ben Katz climbed up on the table right above the boy and all his stuff and tried dropping it from super close. Incredibly, even that took many many tries. B"H, as you can tell from the film, we finally succeeded. 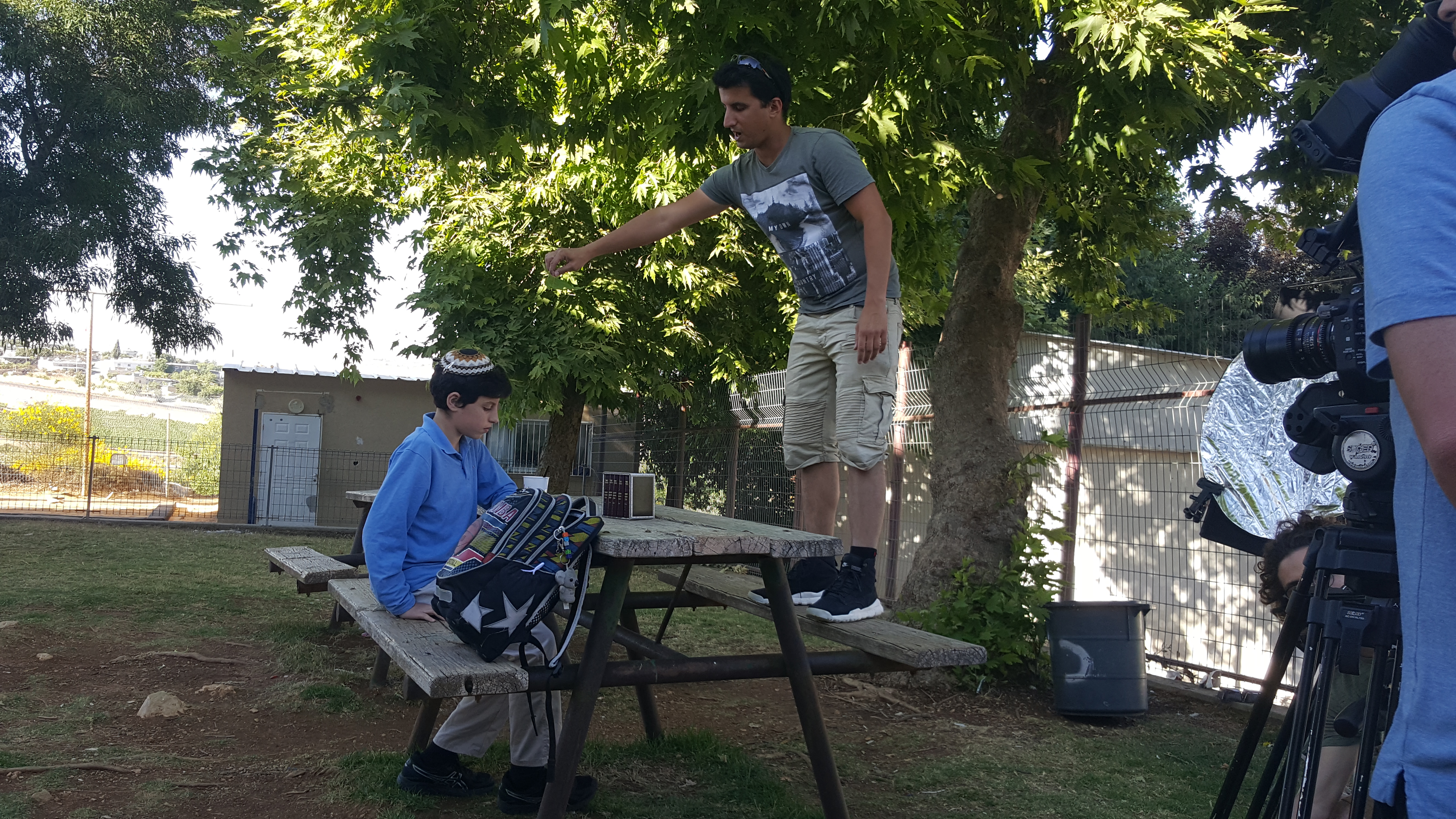 And then Josh had a test in school for which he wasn't sure he was prepared.

We had to animate his siddur of course, but we also had to animate an apple. Hooray for set dresser Shifra Penkower who sewed the apple, so we were able to move it around. 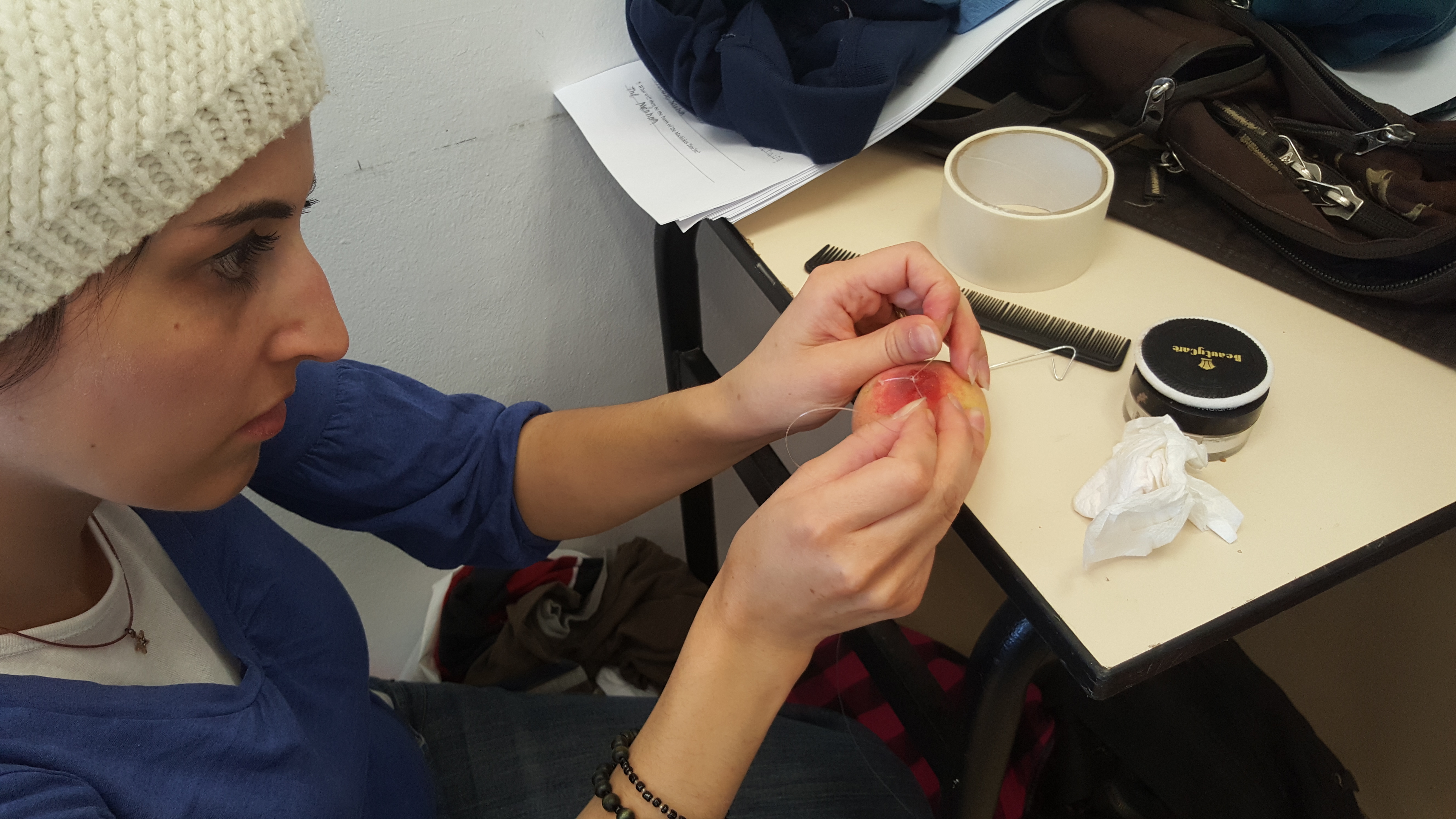 In the scene where Josh unpacks his bar mitzvah presents. I had to find dozens of boxes (mostly Tupperwares) and books to wrap. They looked great, but they weighed nothing.

I carried in a stack of "gifts" for the scene and suddenly they came tumbling down like the walls of Jericho. And everyone screamed! But they sort of bounced, because most of them were rubbery Tupperware and no harm done. 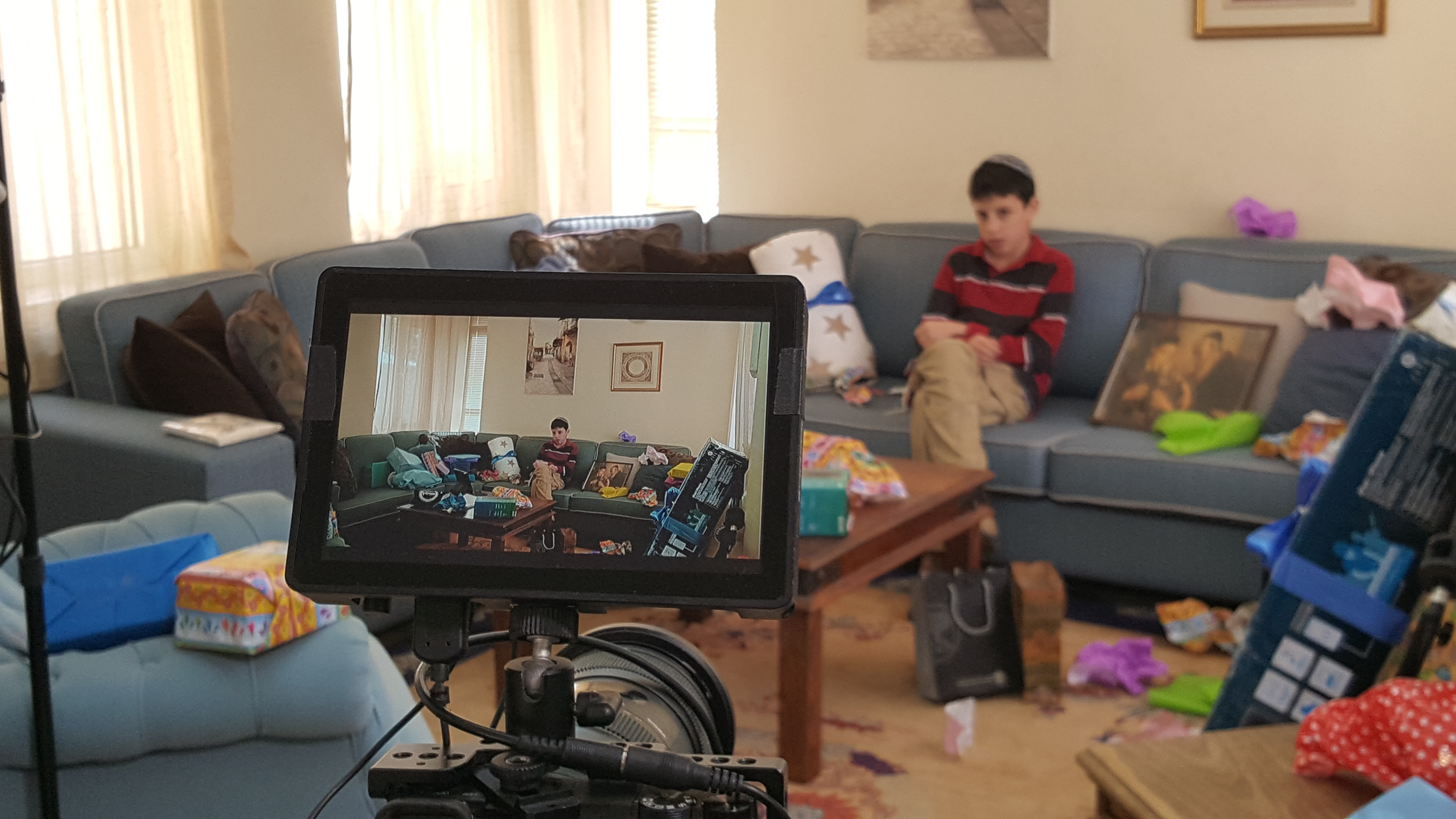 Then, there was the keyboard that Josh received for his bar mitzvah...

I needed a keyboard box, and I needed it to be the same brand as the keyboard itself.

I searched everywhere. Everywhere. Finally, I found one in the Old City of Jerusalem.

It was the same brand. The only thing is that it was for a short keyboard and the keyboard we had borrowed was long. It was hysterical how they filmed it and later the keyboard so that no one would think...hey, that keyboard would never have fit into that box. 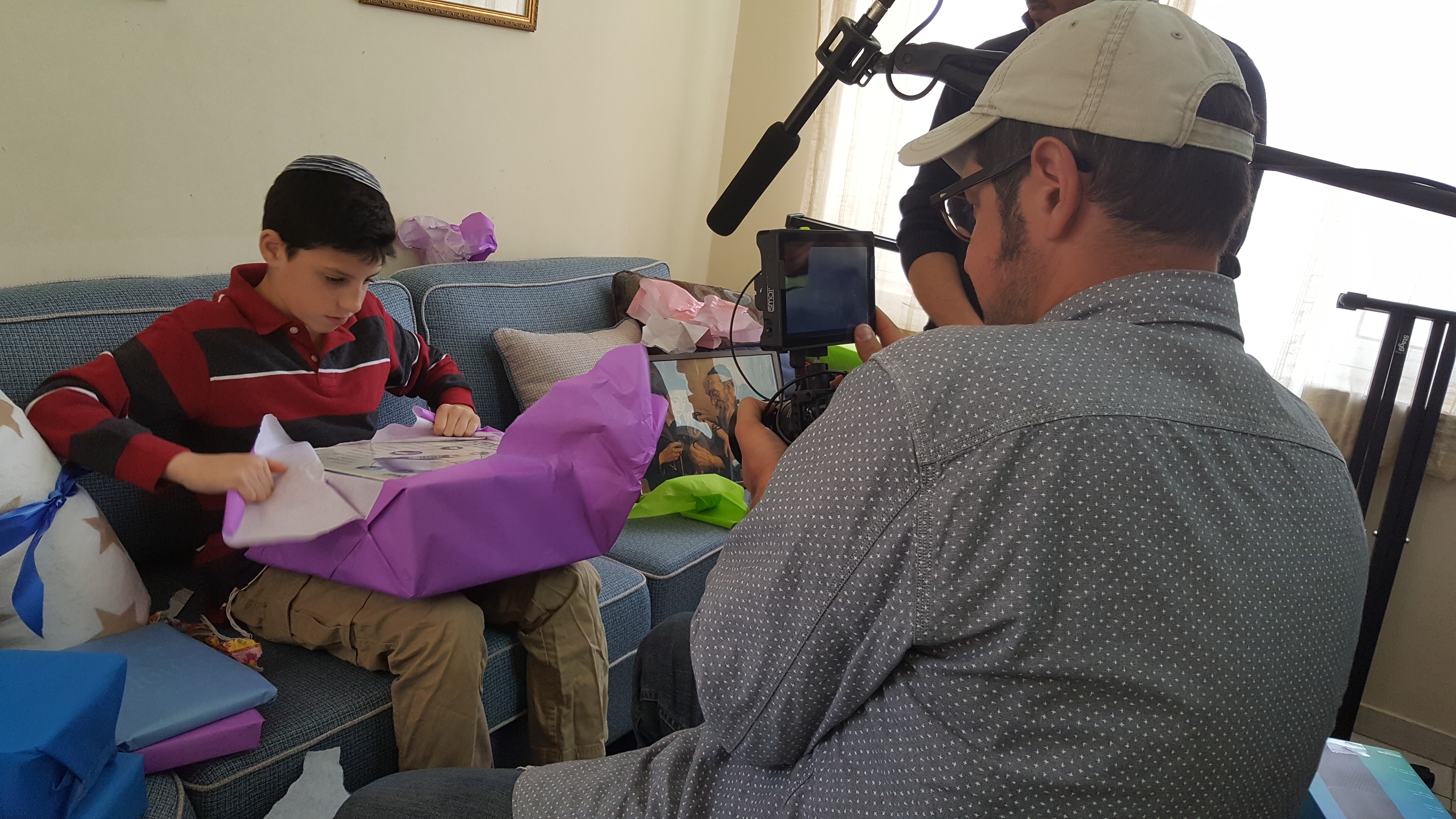 Next...we had to fill the classroom with boys. Okay, that was a breeze, because I've been casting boys for Torah Live for almost five years. But these boys ate us out of house and home. I could not keep enough food for them. We did our best. Once they got at the tables....varoom. 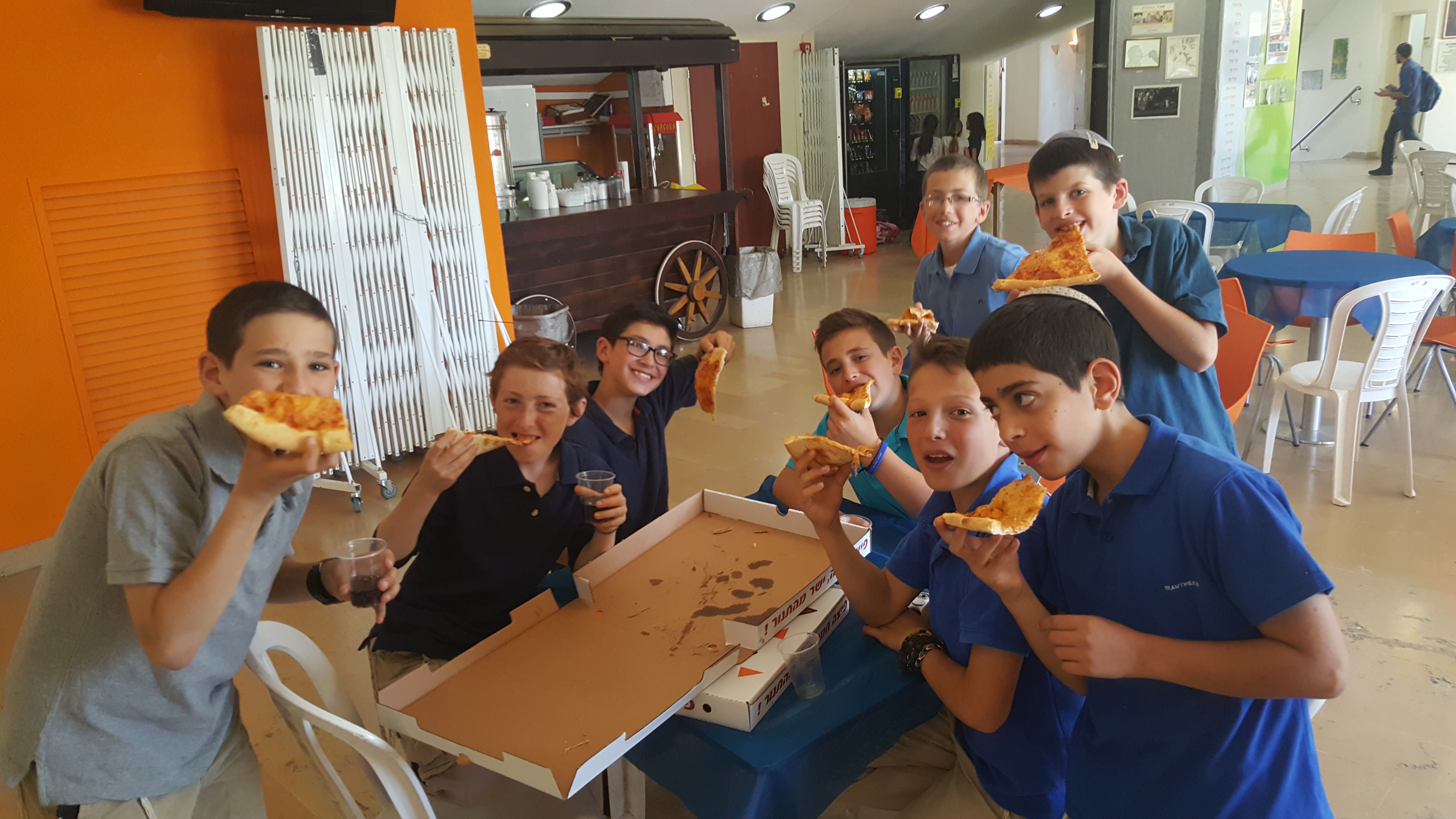 While we were shooting a shacharit scene with Josh and his class, the boys who were already filming were wearing tefillin. The shot was complex in that we had a slider and a dolly and many people and not a large synagogue.

So, naturally, our "shacharit" ran into the afternoon and it was time to daven mincha. We couldn't really stop and take everything apart. Our cameramen were still filming shacharit and whoever was inside was wearing tefillin. Plus, the camera and the dolly and other equipment were everywhere.

So they decided to daven in stages. Inside, whoever had tefillin on continued filming, and outside the others davened mincha. 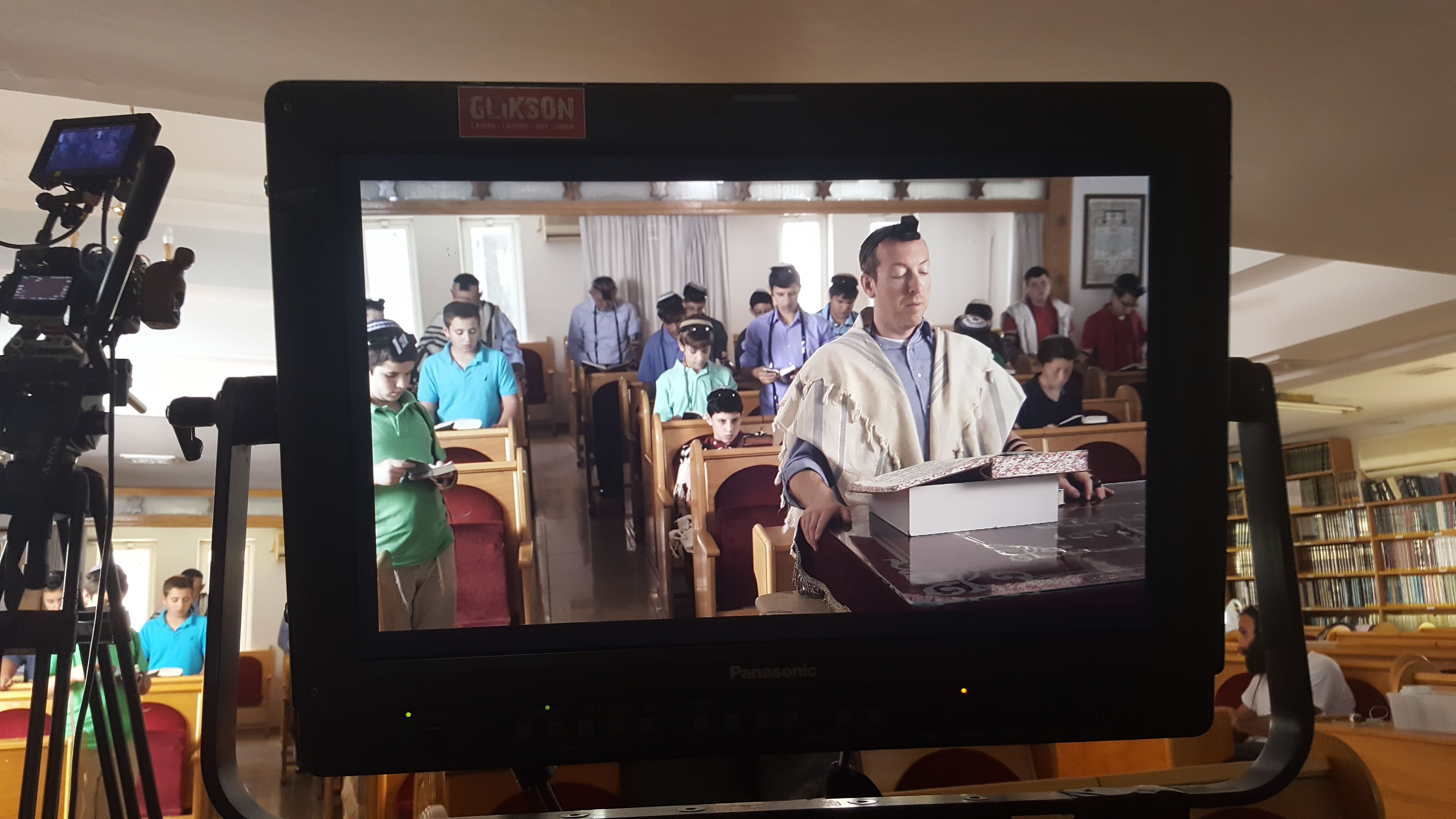 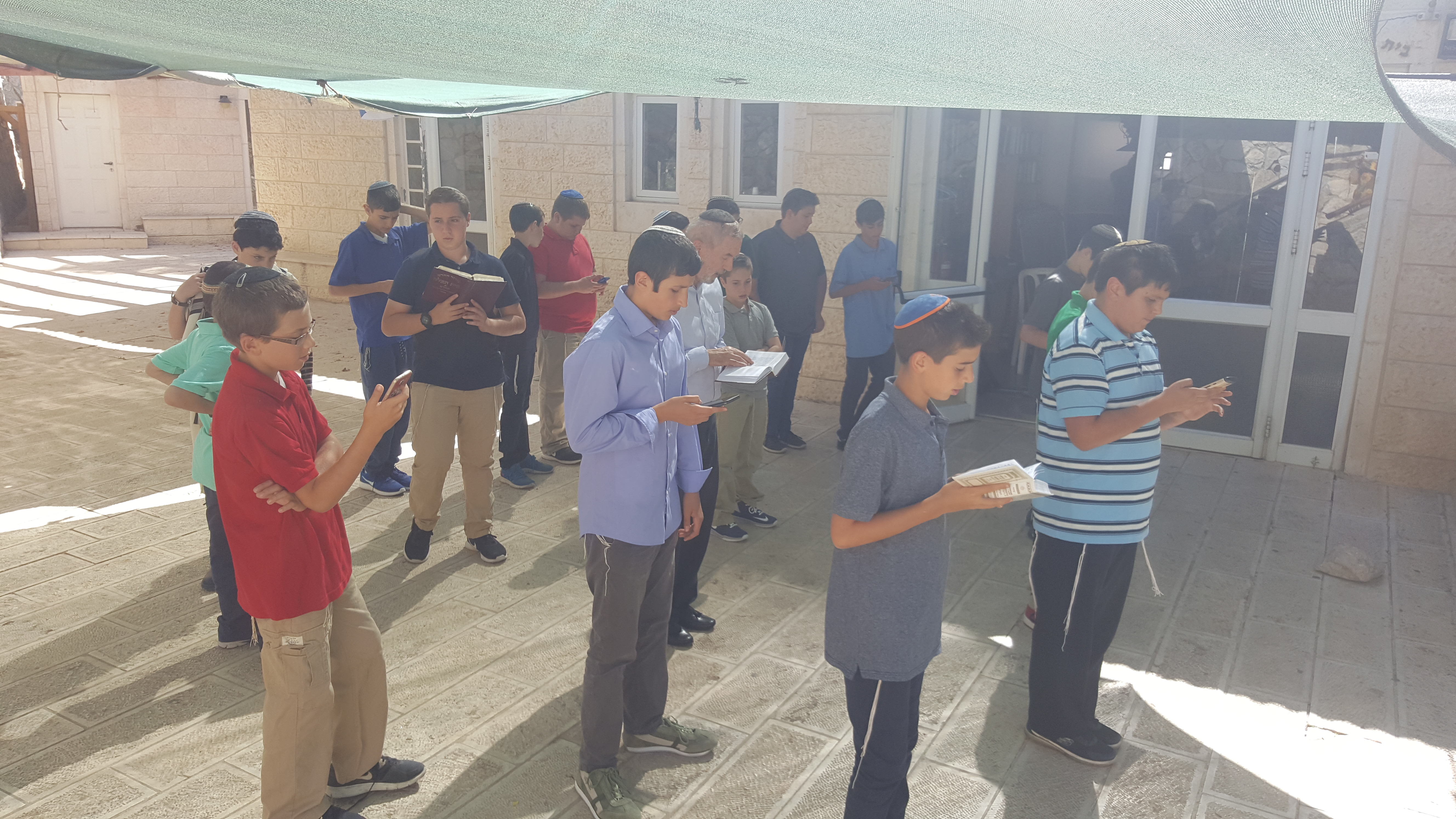 Of course, all the hard work and challenges were totally worth it! All of us at Torah Live are so proud of the Ezra and Lauren Kest Emunah & Tefillah Project.

Haven’t watched it yet? Watch it here: Emunah & Tefillah.